WMS public talk: ''The union default debate: to opt-in or to opt-out?' 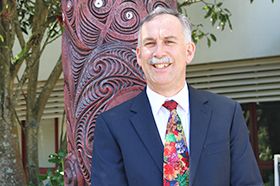 Please join us for a free public talk on Thursday, 22 September at 12pm, 'The union default debate: To opt-in or to opt-out?', presented by Professor Mark Harcourt, who lectures in human resource management at Waikato Management School (WMS).

This talk is proudly presented as part of the WMS Academic Seminar Series.

He says a 'union default' amendment to the Employment Relations Act would put unions in a stronger position to grow their membership base and seek improved pay and working conditions.

But it's not a return to compulsory unionism, he says. It simply means that workers who start a new job would be automatically enrolled in the workplace's union if there was a collective agreement in place, and would retain the right to opt out at any time.

Prpofessor Harcourt says studies from overseas prove the decline of union membership was a major factor in the rise of income inequality over the last 30 years.

"In the United States roughly a third of overall male earnings inequality have been attributed to the decline of unions, and that's more than to technology and more than to trade liberalisation."

A study published by Professor Harcourt in 2019 found that in a survey of 1471 New Zealanders, nearly 6 in 10 supported a union default policy in the workplace.Support was particularly strong among part-time and casual employees, Maori, and surpisingly perhaps, a majority of public sector professionals and managers.

“The clear lesson for politicians who support the default is that they should emphasise that unions are fundamentally good for society and the economy, for improving pay and working conditions, reducing inequality, providing a stronger voice in the workplace, and better enforcing existing rights and entitlements," says Professor Harcourt.

This event is free and open to everyone, no RSVP required.