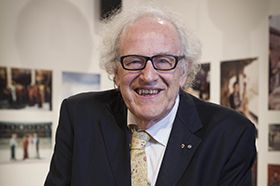 New Zealand's relationship with China and growing political sensitivities around China's activities in the Oceania region will be the the focus of a public lecture hosted by Waikato Management School on Wednesday, 4 April, from 1pm to 2pm.

Visiting Australian academic Emeritus Professor Colin Mackerras (Griffith University, Queensland) is a specialist on Chinese history, culture and ethnic minorities, as well as Western images of China and Australia-China relations. He is also Honorary Director of the Tourism Confucius Institute at Griffith University.

Professor Mackerras'  links with China span several decades. He has authored 11 books on China, and his work was singled out by the President of China Xi Jingping during his 2014 visit to Australia for creating a better understanding between the two countries.

The emphasis of this lecture will be on Australia, but it will also look at New Zealand's changing economic and political relationship with China, which is characterised by growing tourism links and the inflow of Chinese international students.

Some of the key areas to be discussed include accusations that China is improperly trying to spread its influence in the Oceania region; the strategic implications of China's greater assertiveness in the South China Sea; the continuing role of the ANZUS Treaty signed in 1951, and the impact of the United States.

Emeritus Professor Mackerras was made an Officer in the Order of Australia in the Queen's Birthday Honours in 2007 for his work in Australia-China relations and his contribution to education.

Everyone is welcome to attend this free lecture, being held in MSB.1.21, Waikato Management School.