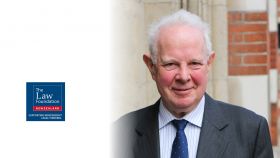 Lord Thomas read law at Trinity Hall, Cambridge and the University of Chicago Law School and was called to the bar by Gray’s Inn. He practiced at the Commercial Bar in London from 1972 to 1996, becoming a QC in 1984. He was appointed to the High Court of England and Wales in 1996. He was successively a Presiding Judge in Wales, Judge in Charge of the Commercial Court, the Senior Presiding Judge for England and Wales, a Lord Justice of Appeal, President of the Queen’s Bench Division and Lord Chief Justice of England and Wales (2013 - 2017). He was a founder of the European Network of Councils for the Judiciary and its President from 2008-2010.  He is currently Chairman of the Commission on Justice in Wales, Chairman of the London Financial Markets Law Committee and President of the Qatar International Court and Dispute Resolution Centre. He also sits in the House of Lords. He has returned to Essex Court Chambers where he practices as an arbitrator. He is Chancellor of the Aberystwyth University and is an honorary fellow of several universities. He is a founder member of the European Law Institute and is currently a member of its Executive Committee.

The effect of the digital revolution on the law - The new technology has seen some adaptation of substantive law; most well-known is the legislation on data protection and privacy (the GDPR). But there is much more that needs doing such as – developing a legal basis for the operation of the data economy where data is traded, the allocation of duties and responsibilities in relation to online intermediary platforms, provision for access to fiduciary assets and consideration of the effect of blockchain and smart contracts. Is this to be done nationally or globally? What is the effect on other fields of law such as conflicts of law?

Drinks and nibbles will be served.

This event is free to attend but space is limited so please RSVP by selecting the button below and bring your ticket.