POSTPONED - 'Critic and Conscience of Society' by Professor Alexander Gillespie 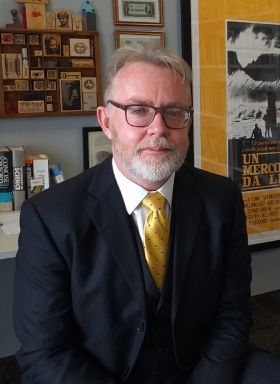 POSTPONED - Due to the Governments announcement to stay in Alert Level 4 we have made the decision to postpone this event. A new date will be announced when possible.

Professor Alexander Gillespie of the University of Waikato’s Te Piringa Faculty of Law recently received a 2021 Critic and Conscience of Society Award.

The award is given to academics who fulfil the role of a university as critic and conscience of society by providing the public with independent, expert commentary on issues affecting us and future generations.

He is well-known across New Zealand’s major media landscape and many of the topics he engages with are issues of social concern, which stimulate national debate. Join Professor Gillespie for a public lecture in which he will discuss four of the pressing international and domestic issues he currently provides public comment on:

The Tauranga Public Lecture Series is a free community event and open to the public to attend. Please register your attendance by clicking on the 'register' button and bring your e-ticket with you on the evening.