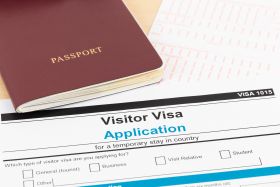 Since the end of the 1990s migrants started to enter South Korea. With their number increasing every year, migrants now account for 4.3% of the nation’s total population. Among 226 local governments in Korea, the city with the highest number of migrants is Ansan. There are over ninety thousand migrants from 105 countries. Besides its migrant population size, Ansan is known for implementing the most progressive migrant policy in Korea. Moving one step further, Ansan has recently joined the European Intercultural City program, becoming the first participant city in Korea. However, the lived experience of various local people seems rather contradictory to Ansan’s reputation of “Korea’s number one intercultural city”. Whereas intercultural city puts emphasis on daily encounter and interaction among people of different ethnic backgrounds, the everyday spaces of migrants and Koreans in Ansan are clearly distinguished without a common ground to meet and interact. Based on ongoing interviews with various actors in Ansan, ranging from politicians to local residents, Youjeong explores where and why the gap between the theory and practice of policy occurs.

To register your attendance, please go to: