ALPSS Seminar Series - From Agincourt to the Avon: Ngaio Marsh and Henry V (1972) by mark Houlahan 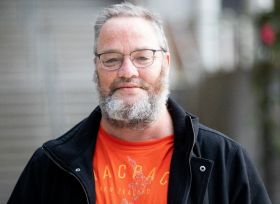 From Agincourt to the Avon: Ngaio Marsh and Henry V (1972)

In 1972 Christchurch’s iconic Town Hall opened  with a celebratory series of concerts and performances. For the James Hay theatre, the venue within the complex designed for staging plays, Dame Ngaio Marsh directed a production of Shakespeare’s famous play Henry the Fifth. This ran  for 10 sold-out nights, and was the climax of Marsh’s 30-year career as a Christchurch-based Shakespeare director. But what kind of Shakespeare did she produce? How can we locate this in the long track of live Shakespeares in Aotearoa/New Zealand, which extends as far back as 1844?  In this paper I will use visual evidence from Marsh’s archives and reviewers’ commentaries to suggest answers to these questions.